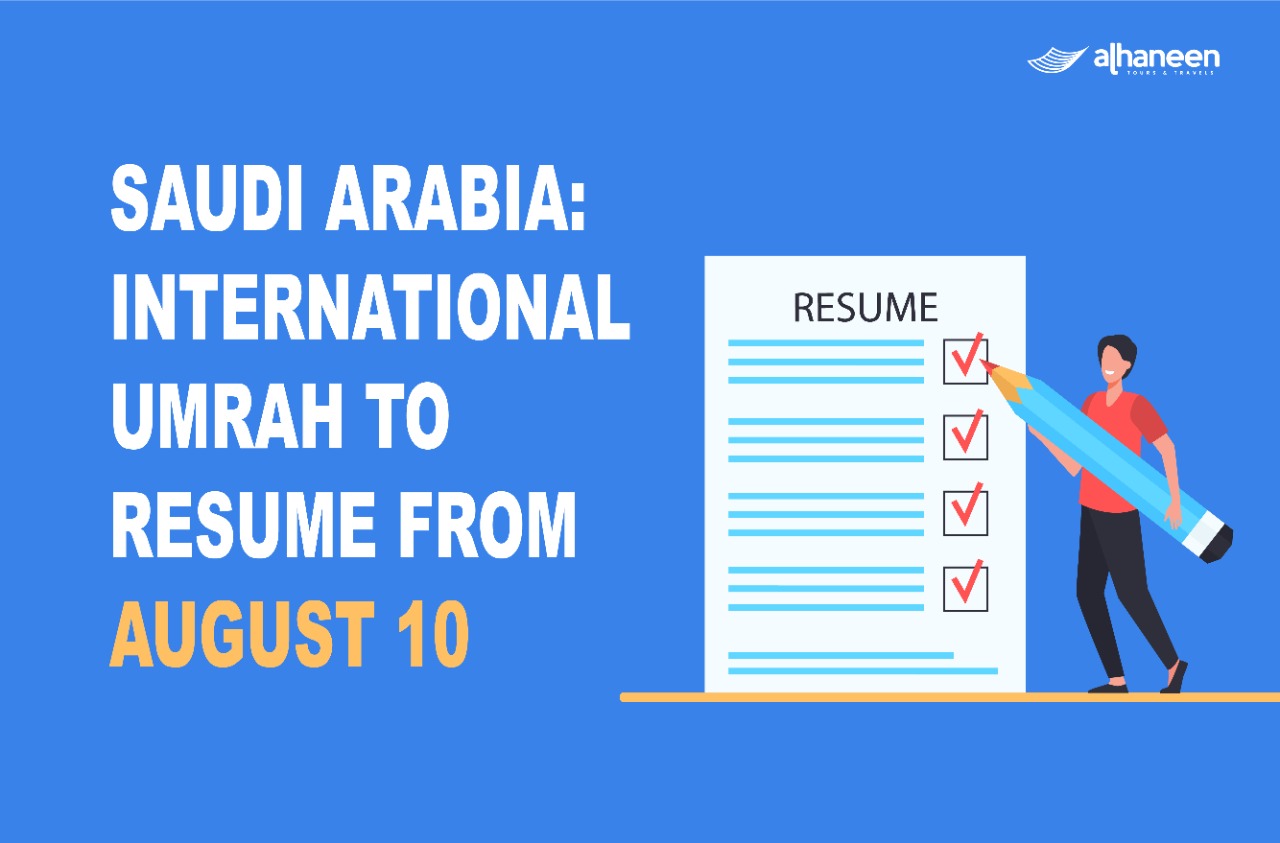 The Kingdom of Saudi Arabia on Sunday announced the resumption of Umrah service for pilgrims worldwide from 1st Muharram 1443 (August 10, 2021), following a successful Hajj season. Umrah for Saudi citizens and residents in the Kingdom began again from July 25.Umrah was suspended in the first week of Dhul Hijjah so as to make preparation for Hajj which began on July 17.Beginning from July 25, Umrah agencies have been authorised to issue Visas for Umrah for entry beginning from 1st Muharram 1443 (10 August 2021).Saudi Arabia announced that it has reopened Islamic holy sites for performing Umrah from Sunday after the end of the Hajj season, according to the Saudi Press Agency (SPA).“The Grand Mosque is ready to receive pilgrims and worshippers for Umrah” said the deputy head of the affairs of the Grand Mosque, Saad bin Muhammad al-Muhaimid.Pilgrims should note that specific prayer locations have been designated as per COVID-19 standards.Pilgrims are also required to follow markings on the floor when performing Tawaf as was seen during Hajj and throughout the COVID-19 pandemic. Eligibility and requirements • All countries allowed to send direct flights except for nine countries which are India, Pakistan, Indonesia, Egypt, Turkey, Argentina, Brazil, South Africa and Lebanon which require quarantine of 14 days in a third country before arriving in the Kingdom. • Mandatory requirement of being vaccinated against COVID-19 with complete doses of either Pfizer, Moderna, AstraZeneca or J&J. • Complete doses of China’s vaccines with booster shot of either Pfizer, Moderna, AstraZeneca or J&J. • Age 18 and above will be allowed. • Requirement to arrive via an accredited Umrah agency by Saudi Arabia’s ministry of Hajj and Umrah. Umrah is a voluntary pilgrimage that Muslims can perform at any time of the year. In February of 2020, it was suspended due to concerns about the ongoing COVID-19 outbreak. The details of travelling from UAE to Saudi Arabia, everything you need to know thru Visanations, which is the best Saudi Visa Agent in Dubai, providing the best Saudi Visa Services from UAE. Also, Visanations will provide Saudi business and Visit Visa, Saudi Visa for UAE residents. 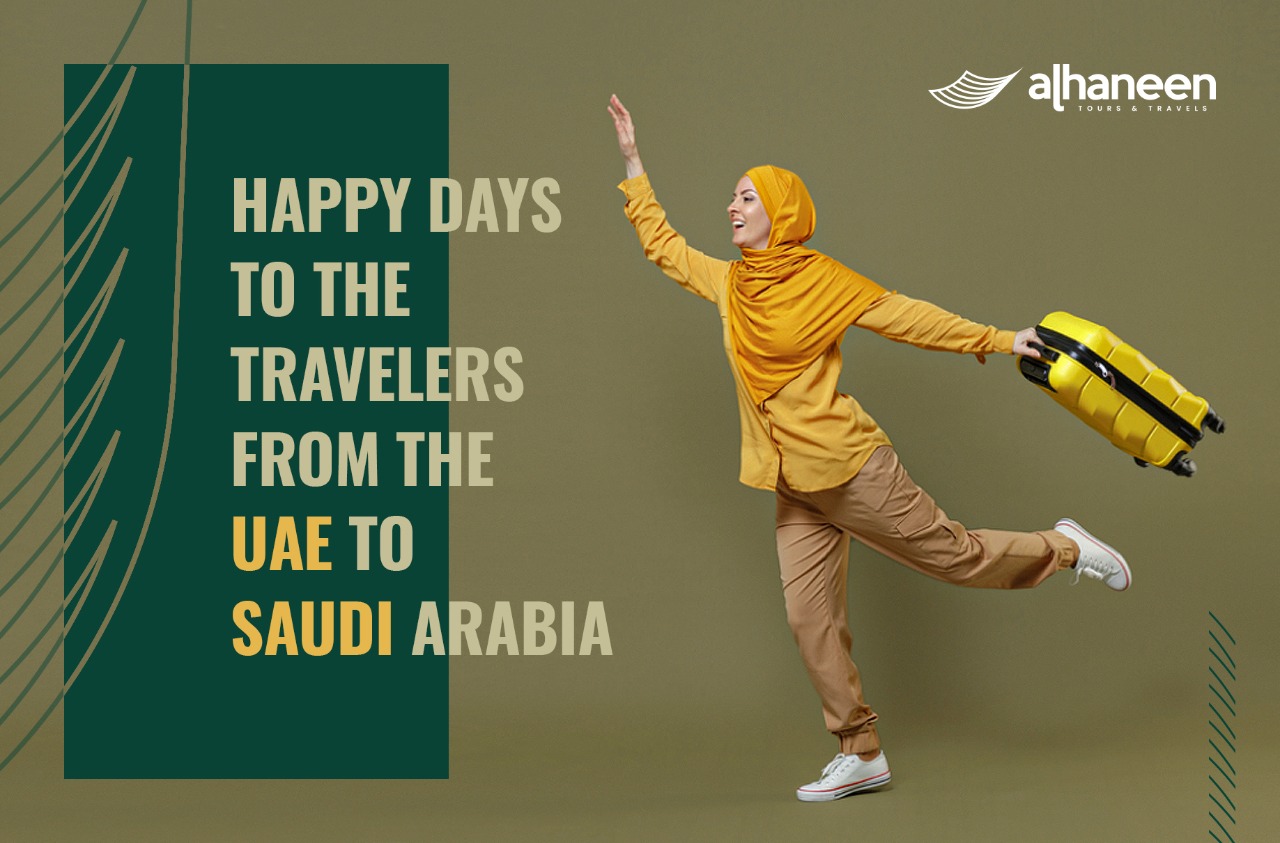 Happy days to the Travelers from the UAE to Saudi Arabia 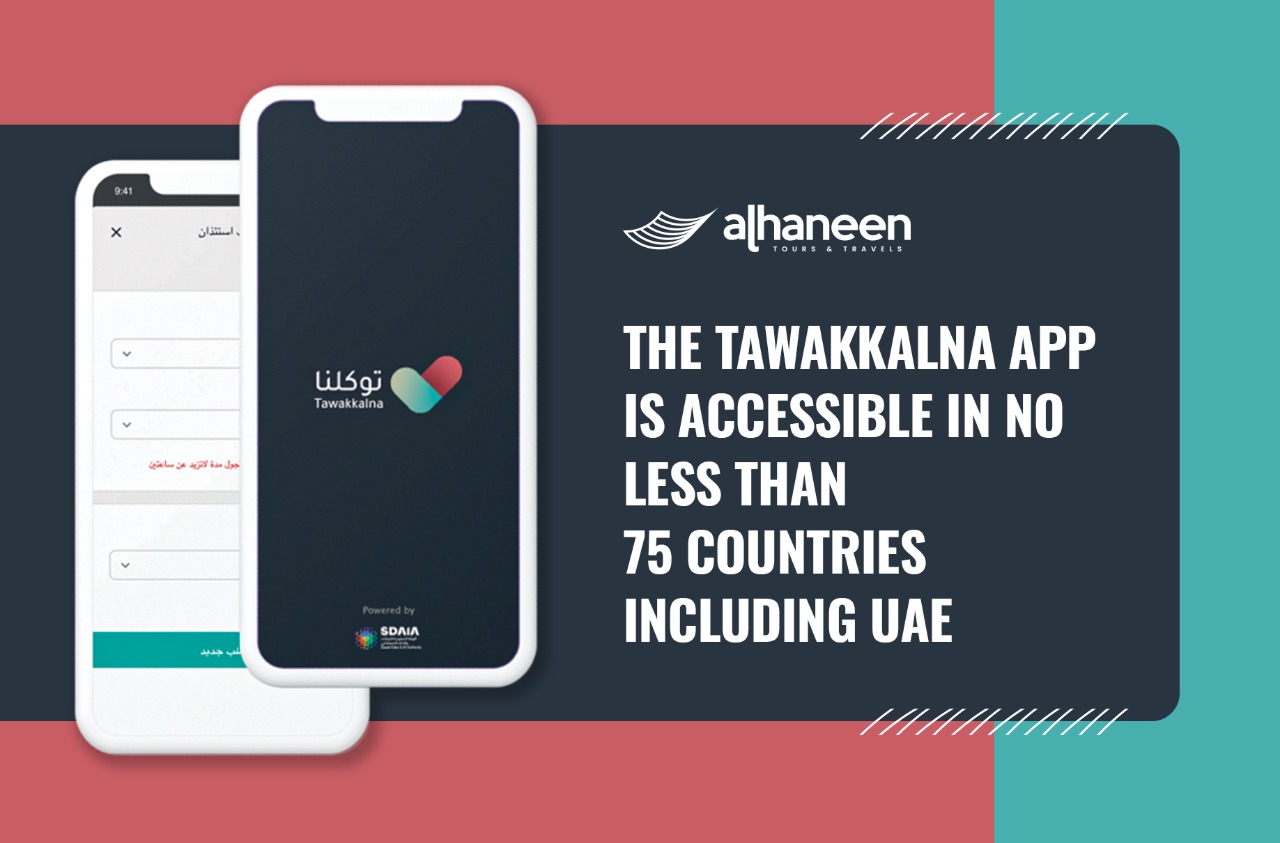 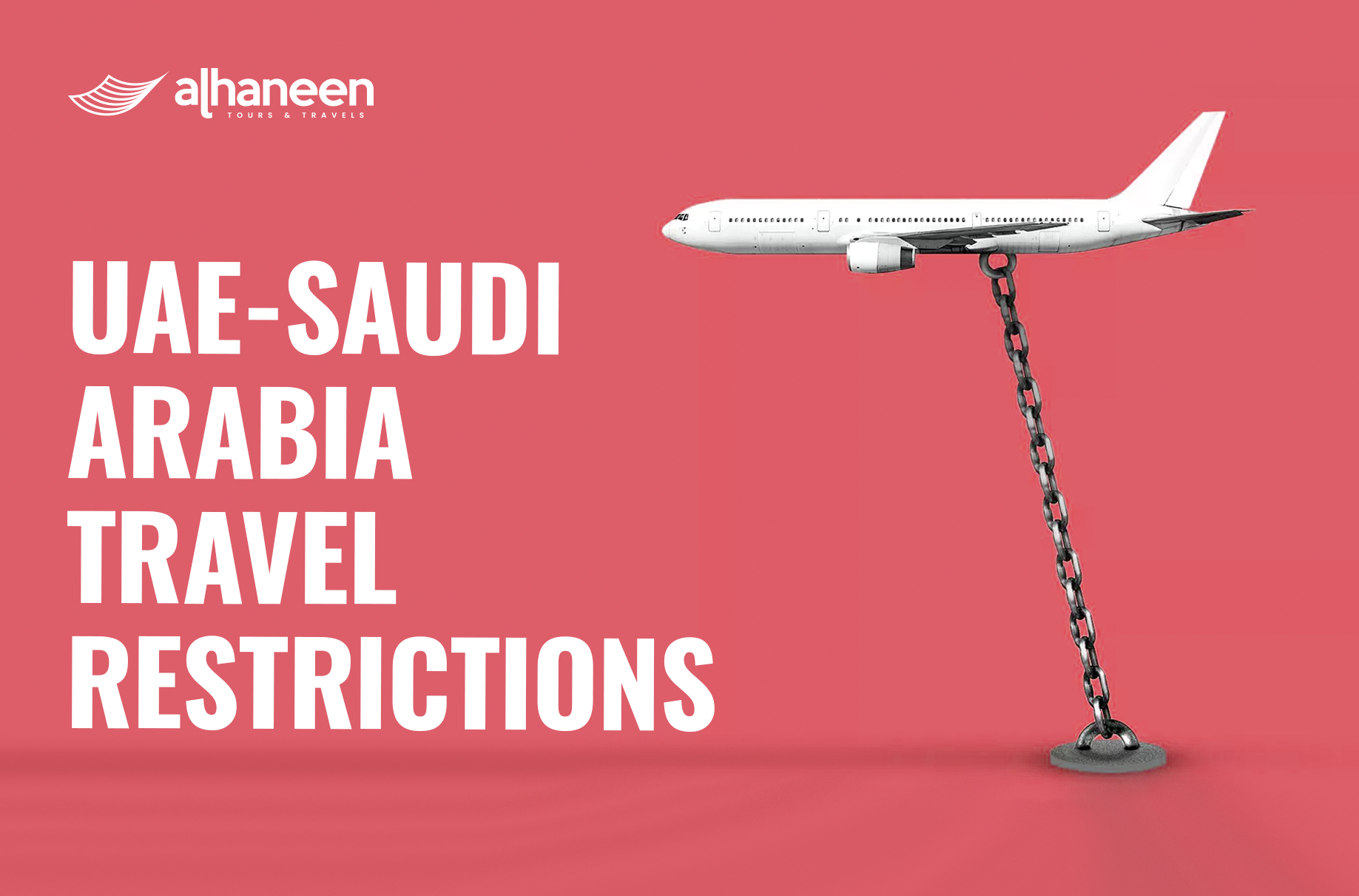 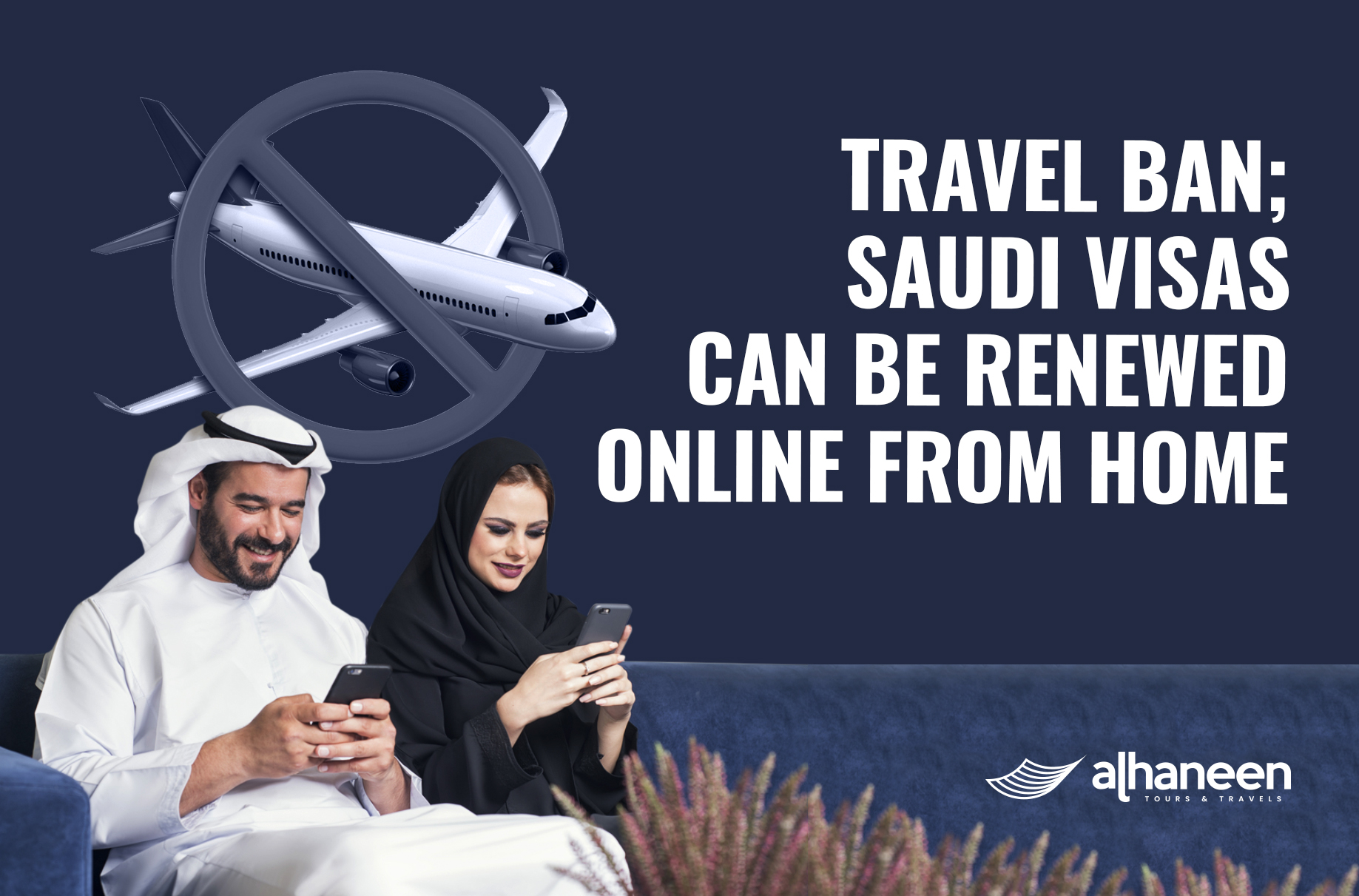 Travel ban; Saudi visas can be renewed online from home 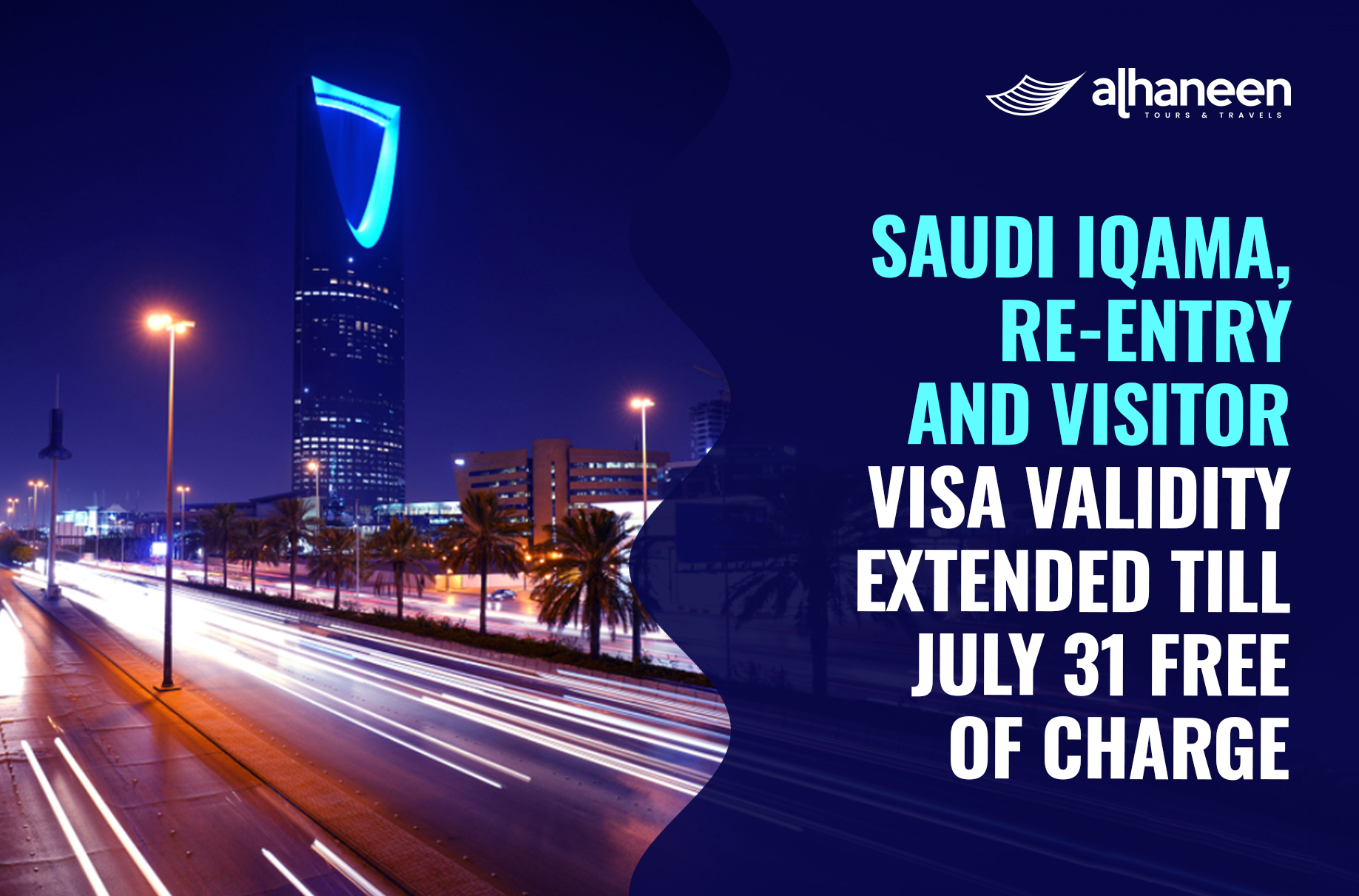 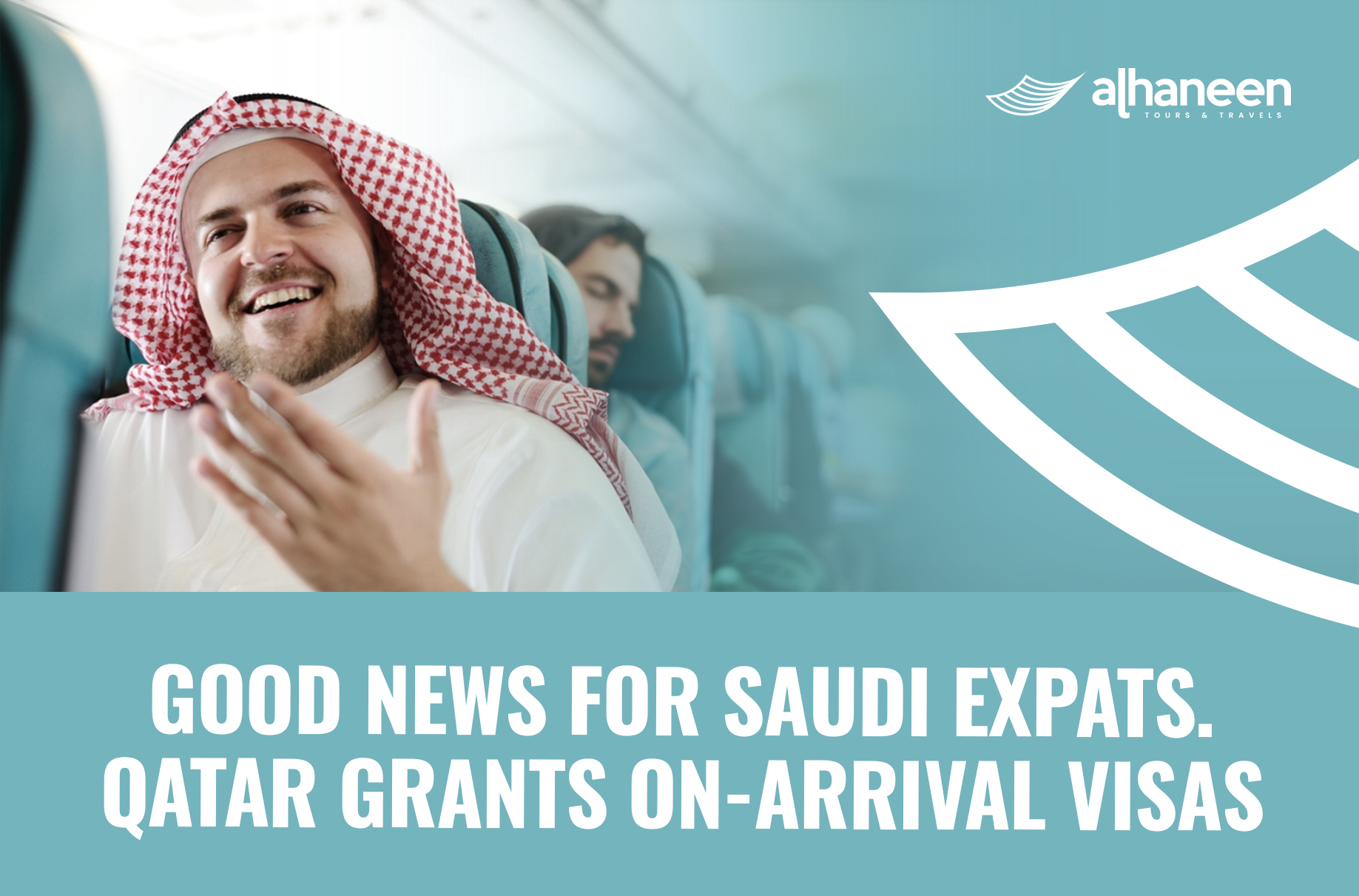 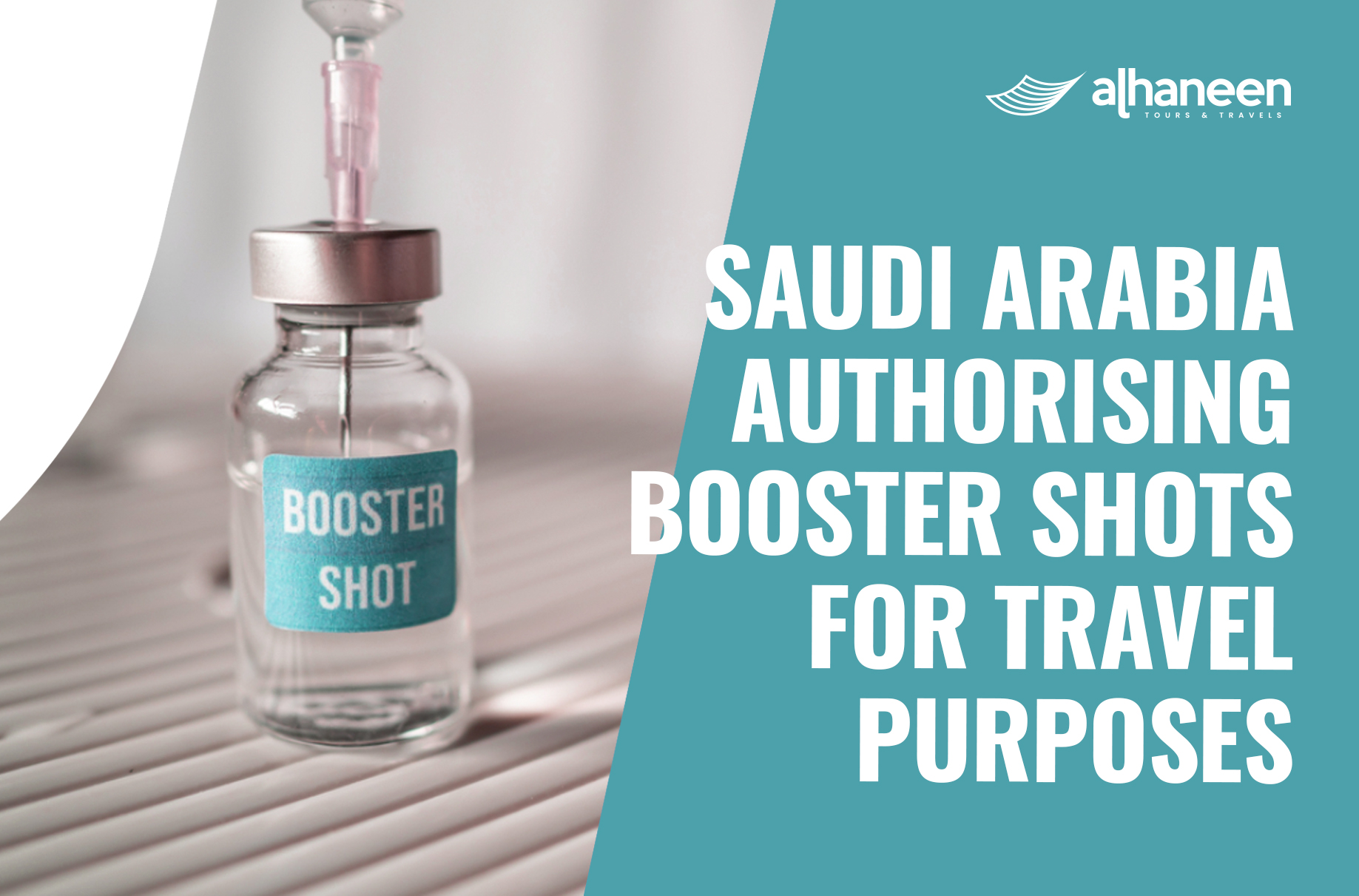